Vietri sul Mare and its ceramics 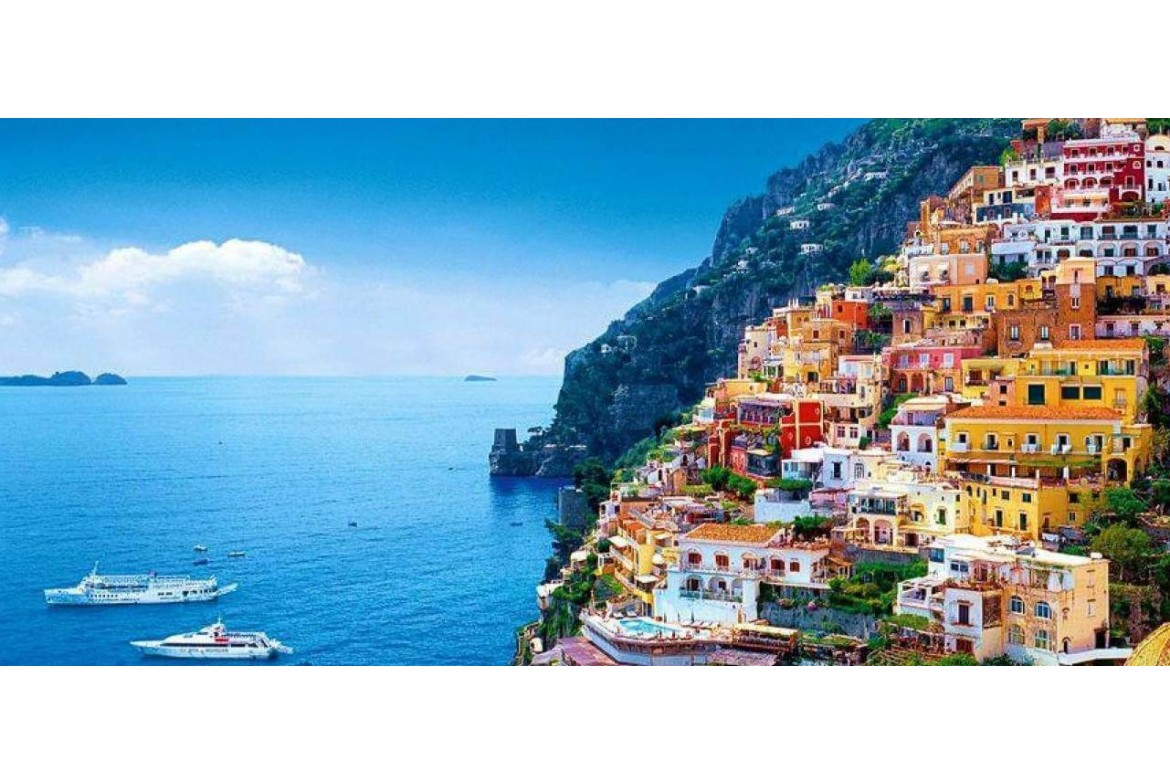 The Naples-Salerno motorway suddenly takes on the soft features of the inlets. The land is castled leaving room for water. A stop at the first terrace is a must. The intense blue of the sea invades the eyes, causing the observer to have an irrepressible desire to dive. The iridescent majolica dome of the church of San Giovanni Battista and the facade of the Archconfraternity of the Annunziata and the Rosario leave no doubt. We have reached Vietri sul Mare, whose inhabited center extends close to the coast, while the marine area overlooks the sea. The sixteenth-century dome of the church dedicated to the Patron Saint, covered with hundreds of shingles, yellow, green and blue fish-shaped majolica tiles, do not go unnoticed either from the land or from the sea. The alleys tell of a past made up of expert craftsmen, skilled in working iron and glass, skilled in making boats, whimsical and refined in decorating ceramics. Vietri sul Mare is historically identified with the ancient Marcina, a coastal settlement first Etruscan-Samnite and then a Roman port. Where it was located is not yet completely clear even if the most widespread hypothesis indicates its presumed location in the village of Marina di Vietri, to be precise in the valley of the Bonea river at the foot of Monte San Liberatore. The old nautical charts indicated the Vietri roadstead as a point of shelter from the libeccio wind, so much so that even today in the houses and churches there are small clay vessels, ex voto for the survivorsnaufragi.

In Marina di Vietri there were shipwrights, craftsmen capable of cutting and shaping the wood needed to make the bones of the cianciole, typical boats used for anchovy fishing. Characteristic is also the gozzo, to which the craftsmen shaped the bows and measured the length according to the strength of the sea in which to navigate. But the symbol of the town, gateway to the Amalfi Coast, a unique area protected by Unesco as a World Heritage Site, is ceramics, introduced in the late Renaissance thanks to the Sanseverino princes. It was around the seventeenth century that the production and decoration of ceramics also began to decorate the floors. Between the nineteenth and twentieth centuries, through alternating vicissitudes, the artisan production reached unique qualitative and dimensional characteristics in a highly appreciated product that is identified with the name of Vietri ceramics. One of Vietri's merits is having allowed its artistic tradition to be positively contaminated from the outside. An emblematic example of this is the German influence during the Second World War. After the landing of the allies in 1943 and the end of the war, many Germans decided to stop in Vietri sul Mare, fascinated by the mild climate and the Mediterranean lifestyle. Chemical experts, they transferred their knowledge into the art of Vietri ceramics, giving life to unrepeatable colors and shades, including Vietri yellow, reminiscent of that of fragrant lemons. The typical figure in Vietri ceramics? The ciucciariello, the donkey, used to transport people and things between Vietri and the upper hamlets. It is among the subjects that decorate the dishes with drawings of animals, nice to put on the table.